**Photos of a snake and snake-like reptiles ahead!**

Q is for Quiet Pets: Reptiles, Silkworms and Fish

President Theodore Roosevelt had a lizard in his menagerie. One source said it was a lizard, another said it was a horned toad, which is a lizard. Regardless, his name was Bill and he lived on the south porch for many years. (Representative photo)

President John F. Kennedy was reportedly given a spotted salamander by his nephew Robert Kennedy Jr. but only one source reported that tidbit. (Representative photo)

Back to President Theodore Roosevelt, or rather, First Daughter Alice and First Son Quentin:  Alice had a green garden snake she used to take with her on social calls. Its name was Emily Spinach because it was thin like her Aunt Emily and green like spinach. Quentin had a five-foot king snake, black snake, gold-banded snake, common grass snake which he would sometimes drape himself with all of them and walk around.  Probably freaked out the WH staff and visitors alike. 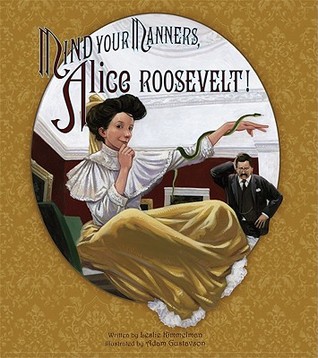 Here is a link to a book about Alice Roosevelt – it includes her snake!! — that Simon read and reviewed over at Library of Cats!

First Lady Louisa Adams kept silkworms; she fed them mulberry leaves and then unwound the strands of silk from their cocoons which were then used to make the silk fabric for her gowns.  According to Wikipedia  “The cocoon is made of one thread of raw silk from 300 to 900 meters (1000 to 3000 feet) long. The fibers are very thin. About 2,000 to 5,000 cocoons are needed to make a pound of silk.” That’s a lot of silkworms!! (Representative photo)

In 1984 a newspaper wrote the following about President Grover Cleveland’s  WH garden:  “In the limpid pools of the rose and orchid houses attached to the conservatories are hundreds of imported fish, the principal being the many-tailed Japanese variety of goldfish and the famous paradise fish from Siam.” Sounds beautiful, doesn’t it?

Several sources say that Presidents John F. Kennedy and Richard Nixon both kept fish in the WH.  (If you watched the TV series, the West Wing, in the first season the press secretary C. J. Craig received a goldfish in a bowl as a gift. Here is that fish!!)

President Ronald Reagan provides only solid proof of having a fish in the WH – while he was recovering from the assassination attempt a ten-year-old boy sent him a fish in the mail. The fish was set up in a tank complete with the presidential seal.  I’m glad the fish arrived alive – if he had been dead and wrapped in a newspaper, well that would mean something else entirely!!! I seem to remember seeing a photo of it some book I read some where, but I can’t seem to find it now – thus the representative photo.